Connected objects are more and more present in our daily life and are bound to be unavoidable. Smart cities, autonomous cars, industrial robots, connected medical devices are only a few examples but show the large variety of domains where technology becomes more portable. Bringing computing and machine learning closer to where sensors gather data is a big challenge for embedded systems to thrive.

However local processing, and more specifically deep learning in embedded systems, comes with a lot of hurdles. Over time networks have greatly improved in accuracy for image classification or object detection but this came at the cost of increasing computational complexity requiring ever-more GPU power and days or weeks of training.

In this context, running neural networks on resource-constrained devices requires joint solutions from data engineering and data science which are sometimes called “algorithm and hardware co-design”.

The figure below, from Song Han class in Stanford on Efficient Methods and Hardware for Deep Learning, illustrates this idea.

In the present article we’ll discuss the algorithm part only. What are the state-of-the-art techniques to create networks that are small and fast, yet accurate?

Some techniques start from a large pre-trained network and compress it, while others directly search for simple and small network architectures.

Contrary to what you may think, pruning has nothing to do with cutting trees! In machine learning, model pruning consists in removing unimportant weights in order to get a smaller and faster network. Model pruning was first introduced in 1989 by Yann Le Cun in his paper “Optimal Brain Damage”. The idea is to take a fully trained network and prune weights whose deletion will cause the least increase in the objective function. The contribution of each parameter can be approximated using the Hessian. Once unimportant weights have been removed, the smaller network can be trained once again, and the process can be iterated several times until the network has both a satisfying size and a reasonable performance.
Since then, plenty of variations of pruning techniques have been developed by researchers. In 2015, Han et al, in Learning both Weights and Connections for Efficient Neural Networks, introduced a three-step method which consists in training a neural network, then prune connections whose weight is lower than a chosen threshold and finally retrain the sparse network to learn the final weights for the remaining connections.
You may wonder, how is the pruning threshold determined? Good question! Both convolution and fully connected layers can be pruned, however experience has shown that convolution layers are more sensitive to pruning than fully connected layers. Thus, the threshold is chosen according to the sensitivity of each layer, as shown in the figure below taken from the research paper from Han et al.

MorphNet, developed by AI researchers from Google in April 2017, prunes a neural network, targeting a specific resource (Floating Point Operations per Second, model size, etc) that we want to save depending on the application. MorphNet takes a pre-trained model as an input and prunes this model differently depending on the resource and the constraint defined by the user. 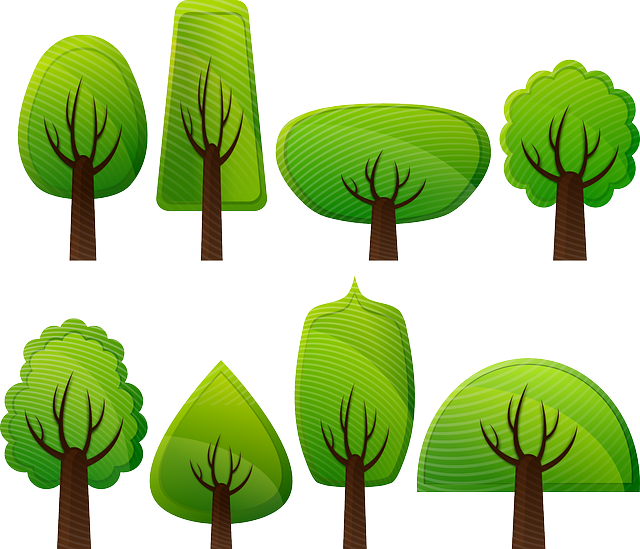 (pruning might have something to do with cutting trees after all)

Contrary to Neural Architecture Search (detailed in the next part), which tries to optimize every aspect of a network (filter size, width, etc), MorphNet’s task is restricted to optimizing the output width of all layers. This drastically reduces training time compared to NAS. MorphNet starts with a given seed network (Inception V2 is the seed network chosen in the research paper) and then applies two transformations to it.

First a shrinking transformation, where a sparsifying regularizer is applied on neurons, inducing some of the neurons to be zeroed out. The fact that the regularizers target neurons and not just weights is very important because pruning individual connections does not speed up computation. Indeed with this form of sparsity, all multiplication operations still need to be performed. Whereas with structured sparsity, complete lines in the weight matrix will be zeroed out allowing to skip the multiplication, as shown in the figure below:

Figure 3: Computation cost of neurons explained in a Google blog post on MorphNet: “Although the example on the left shows weight sparsity where two of the weights are 0, we still need to perform all the multiplications to evaluate this layer. However, the middle example shows structured sparsity, where all the weights in the row for neuron are 0”.

Throughout training the optimizer takes into account the resource cost when calculating gradients because a penalty is applied on the loss function:

The second phase is the expanding phase, where all layer sizes are expanded back, as much as the constrained resource allows, with a width multiplier w > 1. Quoting the Google blog article: « For example, if we expand by 50%, then an inefficient layer that started with 100 neurons and shrank to 10 would only expand back to 15, while an important layer that only shrank to 80 neurons might expand to 120 and have more resources with which to work. The net effect is re-allocation of computational resources from less efficient parts of the network to parts of the network where they might be more useful. »

These two steps can be repeated iteratively but a single run already brings good results according to the research paper.

How is MorphNet different from any other pruning techniques?

The results of the study are presented in the table below. They show that MorphNet can increase the performance of a model while maintaining the same number of FLOPS. Obviously this means that for an embedded system problem, it is possible to reduce the number of FLOPS while keeping a good accuracy.

Figure 4: Accuracy results of applying MorphNet to a variety of model architectures while maintaining FLOP cost

Rather than compressing a large network, alternative methods build instead a new neural network from scratch to get a better and smaller architecture than a human-designed one. This automated procedure is called Neural Architecture Search (NAS).

Finding a good neural architecture is like looking for a needle in a haystack. Its is hard and very time consuming for humans. It is done via trials and errors and requires extensive domain knowledge and experience in architecture engineering to achieve state-of-the-art performances.

That is why Neural Architecture Search is a booming area of research, allowing to automate the manual task of designing the network architecture giving the best possible accuracy.

The steps are the following:

As there is an infinity of possible architectures, the search space is limited to convolutional layers in order to restrict the computational effort. This way N (N is a hyperparameter) convolution layers are stacked together to define the final network. For more details, you can read Neural architecture search with reinforcement learning from B. Zoph and Q. V. Le

It is hard to manually find a good architecture for neural networks, but it is even harder to find a simple and computationally light architecture that achieves good accuracy.

That is why Tan et al have presented MnasNet in May 2019 in their paper MnasNet: Platform-Aware Neural Architecture Search for Mobile. MnasNet has two main specificities to perform a platform-aware architecture search:

How is latency optimized with multi-objective function?
Considering both accuracy and latency in the optimization problem forces the search to identify a model that achieves a good trade-off between accuracy and latency. Each sampled model is trained on the target task to get its accuracy and run on real phones to get its inference latency. The reward value is then recalculated. At the end of each step, the parameters θ of the controller are updated by maximizing the expected reward. The sample-eval-update loop is repeated until it reaches the maximum number of steps or the parameters θ converge.